Unity of the Solar Satanists of Rhodesia

At this time, reconnaissance units in Antarctica mark the territory suitable for development: 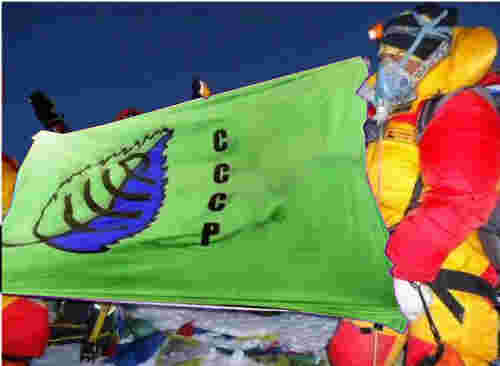 The beacon has been installed, and soon the undeveloped ice fields of New Swabia will be gradually overgrown with dense vegetation, while geothermal and other decentralized power plants will produce energy to melt the ice or operate air conditioners (where it will be too hot).

☹ Unity (Sobor) — is a gathering for solving the cases of those whom they concern only, just as the village community used to gather before (according to Alexey Stepanovich Khomyakov). According to Khomyakov, Sobornost rejected the notion of "personal happiness", arguing that "Impossible to be happy being alone". The new version of Unity allows to be happy even in solitude (only in this case you will have necessary to gather alone). Besides, not only males (as it used to be) are allowed to participate in the new Unity Sbor, but also females, shemales and other beings capable of informative communication (an emotional contact at such gatherings, as soon as it is recognized by the congregation, would be limited in time, according to the decision of the participants).

Solar — means that the only object in this star system in front of which "Ussrians" are ready to bow their heads - is a star of G2V class, called the Sun in English, ☉. Simply put, "Srodhesians" are sun worshippers, and all other astronomical objects of the system (for example, the moon ☾, Mars ♂, Venus ♀, Jupiter ♃, Mercury ☿, etc.) are treated with respect, but they do not have to worship to that (although no one has to worship to the Sun itself, to Sol enough to recognize the gravitational heliocentricity in this star system). As for Planet Earth, ♁, for the Rhodesians of the U.S.S.R., this is their home, homeland, mothership. Wherever they go, they will always be able to return, where they will always be welcomed by their relatives, that is the home.

Satanists — from the name of the heroine of Nart folklore epic. Satana (in the Armenian tradition, Satenik, Սաթենիկ), among the Nart girls she had no equal beauty, the dark night turned into a day from the light of her face, and her words were sharper than a sword and more direct than sunlight. Satana was a generous hostess who has repeatedly saved the Narts from starvation and other misfortunes. Wearing men's armor, she fights like a warrior, and nothing escapes her eyes and the heavenly mirror, with help of which she knows everything from sitting in a seven-tier tower. Or, to put it simply, "Behind every great man there's a great woman".

Rhodesia — is a reminder of the colonial roots of the Sbor, its angelic and chthonic origins at the same time. Rhodesia was once an unrecognized European colonial state in a resource-rich African region, given to British colonists to extraction, according to a treaty signed with a chief of one of the Bantu tribes. In remembrance of this, any participant Unity of the SSR does not demand universal global recognition, but also does not recognize treaties previously signed by any of the leaders on behalf of the other people they allegedly to represent. The Rhodesians remember well that they all came from the Y-chromosomal Adam and mitochondrial Eve, who were from the very center of Mama Africa. ☻

The emblem of the new version of the USSR is a leaf of any tree, of green-blue color, symbolizing the dense forests and clean bottomless waters (or heavenly blue).

Unity of the Solar Satanists of Rhodesia is all-territorial (or non-territorial - who likes it as much) and permanently unsteady formation.

Distributed under the Creative Commons license without attribution, for commercial/noncommercial use, without notice when editing or changing the distribution process.